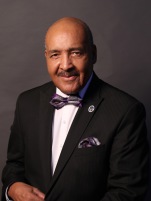 Horace Hord is Senior Vice President of the International Career and Business Alliance, ICABA®. Horace is also President & CEO of HCH Marketing & Consulting Associates, Inc. Horace has the distinction of holding top executive positions in the Airline, Hotel, and Cruise Line industries. Horace’s career in Travel & Tourism, begin with American Airlines in New York, where he was recruited, and served as the Director of Marketing, Atlantic/Caribbean.  He was essential in launching the first cooperative television advertising campaign for the Caribbean region. After transferring to Miami, Horace served as the committee co-chair for the Miami ten (10) year, Long Term Tourism Plan, and initiated the first Miami coop advertising campaign.

Born in Pittsburgh, Pennsylvania, Horace attended The Lincoln University, PA. He currently serves as Secretary of the Board of Florida Memorial University, and Board Member of the Coral Springs Martin Luther King, Jr., Committee. Horace has four daughters: Stephanie Wallace, Gabrielle Hord, Kristen Hord, Ericka Cooper, and five grandsons: Elijah, Miles, Lennox, Otto, and Cook, one granddaughter Ophelia. He is married to Darlene Davis Hord, former Miss Bahamas. They are both ordained ministers and are members of The Faith Center in Sunrise, Florida. 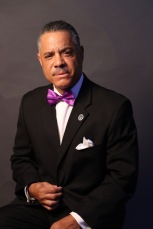 CB Burton was born in Philadelphia, Pennsylvania and attended Overbrook High School. After completing high school, he continued his education at Southeastern Academy in Florida. Post graduation he received a position with US Airways and retired with 26 years of service behind him.  Following his successful career with US Airways,  CB became the proud owner of three Rita’s Water Ice franchises in the Philadelphia area.  He later sold them after 13 years of ownership. He then started working at, Traci Lynn Jewelry with his wife Dr. Traci Lynn as Vice President, of the company.

CB believes that "your success will shape itself to you, to fit the exact pattern of your efforts  and those effort should have an expiration date to encourage you to keep moving forward until your dreams become your NOW Reality." 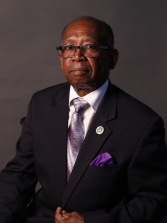